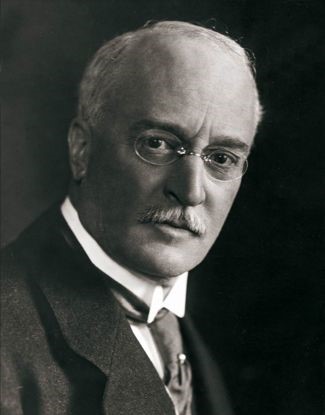 The Evolution of the Diesel Engine

Diesel has a long history of success and performance, yet new and exciting innovations on the horizon continue to transform the industry. Take a look for yourself at how far diesel engines have come and where they are going.

You usually don’t hear diesel engines and innovation in the same sentence. However, diesel engines in fact may be the most innovative school bus engines today. New diesel engines manufactured just for the medium-duty school bus market provide best-in-class fuel economy, reliability and maintenance intervals. Plus, diesel engines are comparable or even cleaner than engines of other fuel types based on EPA regulated emissions. While other types of engines are just being developed, the diesel engine has stood the test of time and has been refined, enhanced and strengthened over the past 100 years.

Even in the early 1900’s diesel was more efficient and reliable than the gasoline engine that had been invented 20 years earlier, mainly due to the rate at which diesel fuel is burned and its use of generated heat. Unlike other fuels, diesel is proven. School bus fleets have been running on diesel fuel for more than 20 years and many of these diesel engines continue to be reliable and durable, having stood the test of time. Around 93% percent of today’s school buses run on diesel power and for good reason.

Diesel has a long history of success and performance, yet new and exciting innovations on the horizon continue to transform the industry. Take a look for yourself at how far diesel engines have come and where they are going.

History of the Diesel Engine

1893 – Rudolf Diesel creates the first prototype of a diesel engine. ***

1909 – The German engineer and inventor, Prosper L’Orange, received a patent for a pre-combustion chamber in the diesel engine, which made possible the development of the diesel engine from a stationary source of power to one with mobile applications. **

1916-1919 – Original equipment manufacturers such as Cummins and Detroit Diesel began to form. Today, Detroit Diesel, now known as Detroit, continues to manufacture school bus engines like the new DD5™ and DD8™, among others, in Mannheim, Germany as well as in Detroit, Michigan. **

1900s to 1960s – The diesel engine gained popularity, yet remained much the same during this time with few new developments. **

1960’s – Diesel became the predominant source of power for the commercial trucking industry. **

1972 – The Clean Air Act was enacted to control air pollution at the national level, which in part resulted in the reduction of emissions for on-road vehicles like commercial trucks. The guidelines would later impact school buses. ****

1985 – As a result of the Clean Air Act of 1972, EPA announced a national strategy to reduce toxic air pollutants. The strategy sought to minimize diesel truck and bus exhaust such as particulate matter, nitrogen oxides, black carbon, sulfur dioxides, and 40 other chemicals officially classified as “hazardous air pollutants.” While diesel-powered trucks made up only 2% of vehicles in the U.S., their exhaust was responsible for more than 60% of all particulates and nearly half of all nitrogen oxides. ****

Early 1990s – Congress added the Clean Air Act Amendments (CAAA). As part of that updating process, new targets were set to further reduce truck and bus exhaust emissions in phases between 2004 and 2010. ****

1994 –The school bus industry saw a huge turning point in the evolution of diesel engines to meet EPA guidelines with the introduction of SCR engines.

1997 – Emission reductions were “pulled forward” to start in 2002 instead of 2004 as planned. Updates to diesel engines to meet these reductions were completed in two additional phases in 2007 and 2010. The EPA also created a specific “step-down” path to follow in terms of staged reductions in emissions, measured in grams per horsepower-hour (g/hp-hr). ****

2007 – The EPA decreased the nitrogen oxides emission level to 0.20 g/hp-hr, while the particulate matter level has remained unchanged. To put that into perspective, that is a 90% decrease from the 1994 emissions guidelines. ****

Article When Converting to Electric School Buses, Choose a Partner You Can Trust Dec 10, 2019 Read More